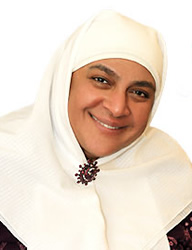 It is my pleasure to interview Rukhsana Khan, an award-winning author and storyteller.  Born in Lahore, Pakistan, she immigrated with her parents and family to Canada at age three.  She is married, has four children, five grandchildren and lives in Toronto. She is the author of 11 books, with others under contract.  Rukhsana says there are few good children’s books about Muslims.  Her goal is to try to humanize Muslims and create more understanding among cultures. She understands what it is like to be bullied as a child. She feels it is important to write multicultural books so kids of all cultures have stories to validate their existence. Wanting Mor, has received a lot international recognition. Rukhsana will travel November 22 to London, as her novel has novel has been nominated for Britain’s Muslim Writer’s Award.

Wanting Mor is based on a true life story.  Where did you find the story and did you know immediately that it was a story you wanted to write?

Wanting Mor was a direct result of another book I wrote called The Roses in My Carpets.  That book was based on a visit with my Afghan refugee foster child in a refugee camp in Peshawar in 1991/2.  With the proceeds of The Roses in my Carpets I sponsored a library in an orphanage in Afghanistan.  Click here to see the new library.   A few years ago they sent me a report on children in crisis and in the report was the story of a girl named ‘Sameela’, whose mother had died during the war, her father got remarried, stepmother didn’t want her so the father took her to the marketplace and left her there.  She ended up living at the orphanage where I sponsored the library.  Actually, it was a story I didn’t want to write at first.  I thought it was too depressing. Then I wrote it as a picture book.  I thought it would be a companion to my Roses in My Carpets book, only from a girl’s perspective.  But it didn’t work as a picture book.  Then one day I was driving down to visit my mom and I heard a girl’s voice say, “I thought she was sleeping.”  That doesn’t happen very often, but when it does, it means I need to drop all my other projects and write this book right now.  That became the first line in Wanting Mor.

Were you surprised with the success of Wanting Mor?

Yes, I am surprised by the success of Wanting Mor.  When I was writing it I tossed all caution to the wind and I had no idea if it would ever get published.  I only wanted to find out what would happen to this poor girl.

I shuddered at the thought of Jameela going into an orphanage and wondered if that was a good thing.  What are the orphanages like in Afghanistan?

I have never even been inside Afghanistan.  The orphanage in the story is purely from my imagination, and the pictures I’ve seen of the actual orphanage I sponsored.  But knowing the Afghan culture as I do, I felt pretty strongly that I could represent it in an authentic way.

How does the Afghani culture differ from the nearby Pakistani or the Muslim populations of northwest India?

Yes, indeed.  There are actually quite a few differences between the Pakistani, the NW Indian Muslim, and the Afghani cultures.  The Afghans are a bit more secluded from worldly opinions, I think.  Pakistanis are very influenced by the Indian culture and Bollywood, the Hindi-language film industry.

I was happy to see that Jameela, has a cleft lip, as it added so much to the story.  I know that India has the highest number of children born with a cleft lip/palate.  Is this a common deformity among children in Afghanistan?

I’m not sure if it’s a huge problem, but it is definitely a problem.  In writing the story I wanted Jameela to be a deep thinker.  And to be so introspective, you have to be set apart in some ways from the norm.  Unfortunately, being poor and abandoned wouldn’t be enough in Afghanistan, so I wanted to give her a slight deformity.  Nothing too big.

What do you want your readers to take away from Wanting Mor and your other books?

Well, when I was writing Wanting Mor I was really struck by how little Jameela required to be happy.  She has hardly any sense of entitlement.  She literally has only the clothes on her back, and sometimes  a comb.  And, she cherishes them and makes the best of her situation.  And yet, she’s very generous.  When she does acquire some money, she used a lot of it on her friend.  I really want readers to take away a good story from Wanting Mor (and all my books).  They all have things you can take away from them, but I try mostly to focus on just telling a good story.

You’ve been writing children’s books for nearly 20 years.  How hard was it for you to establish yourself?

It’s been extremely hard to establish myself.  In fact, I still don’t feel established.  I’ve always got a lot of pressure on me to write the next book even better.

Why did it take you a while to write about your culture?

When I first began writing, I thought I had to write about “normal” kids.  I grew up on Nancy Drew and the Hardy Boys.  I thought if I do well in establishing myself as a good “normal” writer, then eventually I could write stories nearer to my own experience.  I actually didn’t think such cultural stories would be welcome.  Ironically it was editors who often urged me to send them stories about my culture.  They’d jot down little hand-written notes on their rejection letters.

Not sure if I have a favorite character.  I put everything I have into all my books, while I’m writing them, and I love ALL my characters and stories.  But, I do have a favorite book.  It’s Wanting Mor.

You are a talented storyteller.  Did you grow up in a family of storytellers?  Was storytelling something encouraged in your family?  Did you encourage your children to tell stories?

Thank you!   Yes.  I can say that I grew up in a family of storytellers, though none of them were paid for their performances.  None of them are professional storytellers.  People who meet my father and mother are often charmed by their storytelling abilities.  They’re almost a comedy tag team.  Very,very funny!  I grew up hearing my father read the Quran (our holy book) to us, and telling us stories of when he was a kid growing up in Pakistan.  My book Silly Chicken is almost entirely from my mom.  She told me a story of this really dumb chicken that her mother (my Nani) had.  Everything in the story happened, except it wasn’t a dog who ate the chicken, it was one of the neighbors.  He was a really mean guy.  He stole the chicken and ate her.  When my grandmother found the chicken’s long legs on his garbage pile, she chased him around and hit him with her shoe.  But when I began writing the story, I changed it to a dog who ate the chicken because it’s less political.  *g*   I have encouraged my children to be storytellers, but they’ve chosen a much more private life.

I know after hearing you speak at the Society of Children’s Book Writers and Illustrators (SCBWI) conference last August, that you have a wonderful sense of humor.  Do you have a preference in writing humor over something more serious?

I do love humorous books!  And yet my son says I’m better at the tear-jerkers.  Not sure why.  I love both.  It just depends on the story that needs to be told.

I’ve been asked by Scholastic Canada, to write a novel based on a character in a short story I wrote for them.  They’ve also asked me to write a historical novel.  I’m working on a sequel  for Wanting Mor, and a story about a girl who goes to Hajj (the big pilgrimage to Mecca).  I’m also working on another picture book idea, something that will be as good as my book Big Red Lollipop, which was chosen by the New York Times as one of the ten best picture books of the year, and won the Charlotte Zolotow and Golden Kite awards for best picture book text.

Patricia:  Thank you so much Rukhsana for this interview!  We hope you win the award for Wanting Mor in London next month, and will look forward to your upcoming books.  Congratulations on your new grandson!

Khan also is the author of the award-winning the Big Red Lollipop, The Roses in My Carpets, Silly Chicken, King of the Skies, and Ruler of the Courtyard.  Check out Rukhsana Khan’s website for information about all of her books, her blog, articles and school presentations.