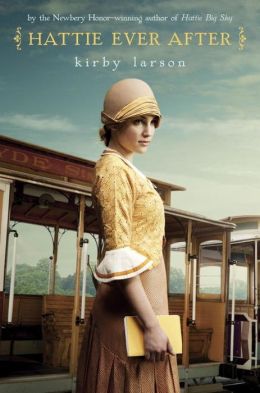 Book Jacket Synopsis: Great Falls, Montana, 1919. When Hattie mails off her last check to Mr. Nefzger, her uncle’s debt is paid in full. Now she is free to go anywhere, away from Mrs. Brown’s boarding house and the less-than-glamorous life of a chambermaid.  Hattie’s dear friend Perilee urges her to do the sensible thing and join her family in Seattle. But Hattie is not prone to the sensible. What sensible girls would say yes to spending a year under Montana’s big sky trying to make a go of a long-lost uncle’s homestead claim? And what sensible girl would say no to Charlie, who is convinced he and Hattie are meant to grow old together?

For all its challenges and sorrows, Hattie’s time on the homestead gave her a taste of what it might be like to stake her own claim on life.  She hasn’t yet confessed it to anyone, not ever to Perilee, but Hattie has thrown a lasso around a dream even bigger than a Montana farm.  She wants to be a big-city reporter.  Thanks to a vaudeville vanishing act, a mysterious love token, an opera star, and her unique ability to throw a snake ball, it looks like Hattie just might have a chance.  And it is an opportunity for her to discover the truth about her “scoundrel” uncle and in the process learn more about herself.

What I love about this book:

Kirby Larson is the author of Hattie Ever After, Duke, Dash, The Fences Between Us and The Friendship Doll.  Check out Kirby Larson’s website and my reviews of Hattie Big Sky and Dash.

20 thoughts on “Hattie Ever After by Kirby Larson”